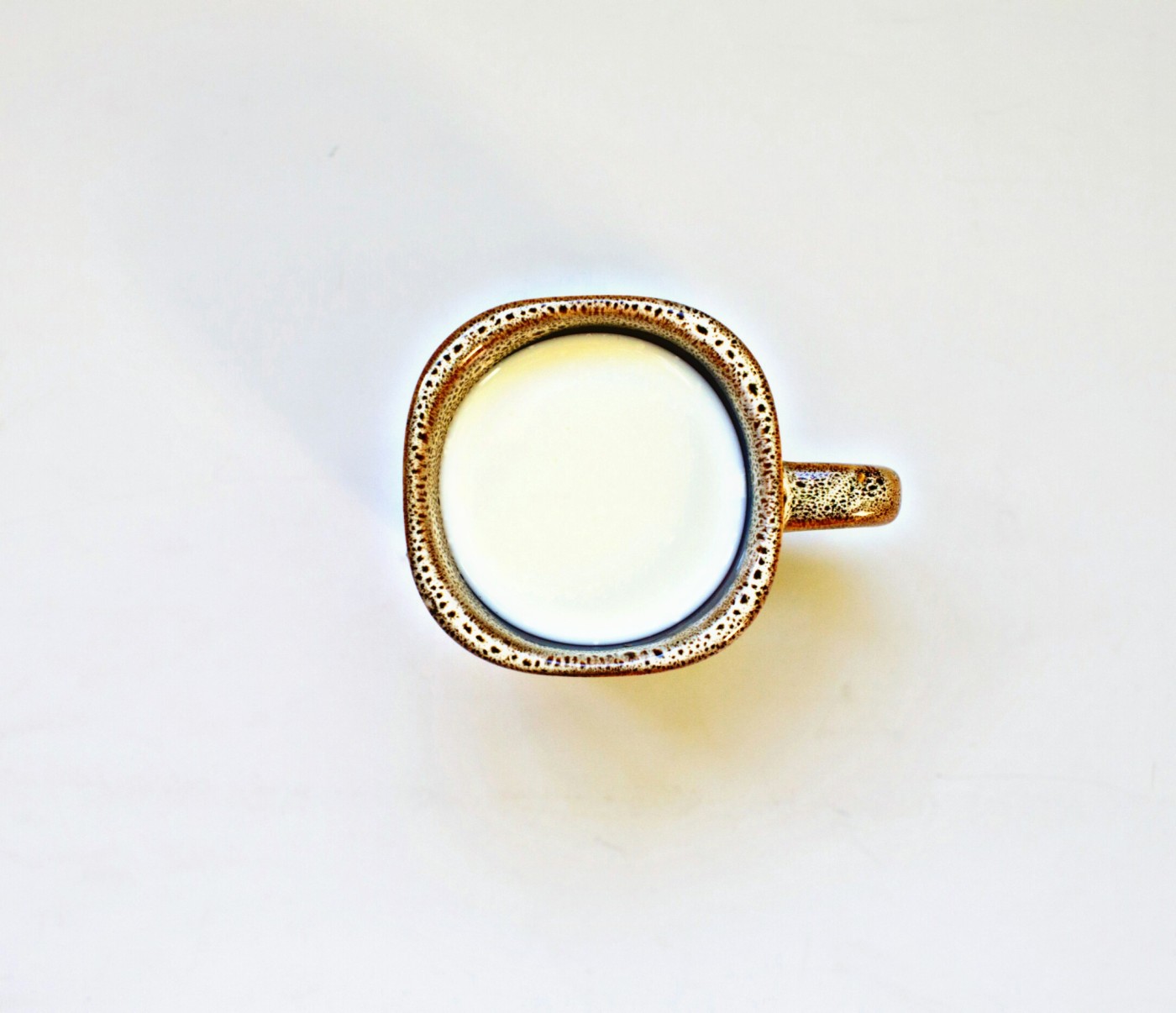 Each American consumes about 20 gallons of milk every year. When you consider its smooth, creamy taste, the fact that it is easy to digest and is filled with vital nutrients, that comes as no surprise. A healthy choice though it may be, I think it’s safe to say that if milk were all we ever consumed, it wouldn’t be long before we found ourselves malnourished and weak, unable to exert enough energy to complete even the smallest tasks. The same is true spiritually. If all we ever consume are those biblical truths that are easy to digest, bringing about no conviction and hence no spiritual growth, eventually we will become weak and of little use to the body of Christ. Here we will take a look at two first century churches and explore the trouble that fell upon them when they tried to sustain themselves on a milk-only diet.

For our first point of reference, let’s go to Hebrews 5:12:

“For though by this time you ought to be teachers, you need someone to teach you again the first principles of the oracles of God; and you have come to need milk and not solid food.”

When I think about the men and women that were on the receiving end of this letter, what comes to mind is a group of children that should be in high school but for whatever reason can’t seem to get past the fifth grade. While they should have already been in a position to minister to and reach others, they were still trying to grasp the fundamentals. We know that after the death, burial and resurrection of Christ we transitioned from the Old Covenant to the New Covenant – from the Law to grace. However, there were some individuals that had the misunderstanding that their works could purchase their salvation and they were the same individuals that had religion but absolutely no relationship with the God they claimed to serve. These men had difficulty parting ways with the Law and they believed that practices such as circumcision should still be required of the Gentiles. Furthermore, they turned their nose up at any Jew that socialized with uncircumcised converts, causing men like Peter and Barnabas to begin perverting the gospel message by teaching that it was, in fact, necessary to practice circumcision in order to be acceptable unto God. Those that didn’t preach this risked being persecuted. Essentially, what they were doing was putting chains back on people that Christ had already set free. What’s worse is the fact that these Zealots failed to mention that if you are going to call yourself trying to uphold the Law, you are required to adhere to all of it, thus fulfilling the Law. The problem with that is the Israelites showed us time and time again that this isn’t possible, otherwise Christ wouldn’t have had to do it in our place. Ultimately, the people’s lack of understanding led them into a spiritual drought.

If we go over to 1 Corinthians 3:1-4 we’ll see that Paul had similar words for the church there:

“And I, brethren, could not speak to you as to spiritual people but as to carnal, as to babes in Christ. I fed you with milk and not with solid food; for until now you were not able to receive it, and even now you are still not able; for you are still carnal. For where there are envy, strife, and divisions among you, are you not carnal and behaving like mere men? For when one says, ‘I am of Paul,’ and another, ‘I am of Apollos,’ are you not carnal?”

Truth be told the Corinthians had a lot of issues but we’re only going to look at a few. For starters, Paul points out that the people were divided but the question is why? On the surface it would seem that their division stemmed from misplaced loyalty but when we dig deeper we find that the members of the church were in the midst of an identity crisis. Allow me to explain. There are two things that we should know about the people of the city of Corinth. For one, they took a deep interest in Greek philosophy and they thought very highly of those that were considered wise. Secondly, the Corinthians were Gentiles so prior to accepting Christ into their lives they had served graven images. What this gives us is a group of people that had been serving tangible gods all their lives and now, having become followers of the invisible God, they no longer have anything physical to attach their faith to – they don’t have anything tangible to attach their identity to. Prior to their conversion they were trying to find their place in society but now, as new believers, they are trying to figure out who they are in God. Because Paul and Apollos were physical representations of their newfound faith and they, being men of great wisdom as teachers of the gospel, were held to a high esteem, they cleaved to these men and gave themselves something to attach their identity to. They figured that if they associated themselves with men that were greatly respected among the body of believers then, because of that association, they could earn the same respect. In a sense, they were trying to celebritize men that wanted no glory for themselves just for the purpose of being able brag about being affiliated with Paul or Apollos and their respective ministries. What they forgot, though, is that Paul and Apollos were on the same team and neither of them was greater than the other, as Paul explains further in the chapter. They were picking sides and promoting the name of the gospel messenger but as believers we are children of God, not followers of men, and this is where our identity lies. When we repent and turn away from sin and toward God, we become partakers of Abraham’s heritage and that is all the identity we need.

In addition to being divided, the Corinthians were also delusional. Paul lets us know in chapter 1 verses 4-7 that these people were gifted but that same giftedness was as much of a curse as it was a blessing because they had the false impression that they were a lot deeper than they actually were. They thought that they were proficient in their knowledge of the things of God but the “[envying], strife and jealousy among [them]” were evidence that there was still plenty of room for growth. This alone is proof that 1) “Gifts and callings are without repentance” (Romans 11:29) and 2) we will be known by the fruit we bear (Matthew 7:16). Because they thought they had already arrived, they didn’t realize that not only were their hearts not right but there was still much knowledge to be obtained. They were what we would call “unconsciously incompetent” meaning they not only didn’t know as much as they thought they did but they didn’t even know that they didn’t know as much as they thought they did so they were ignorant of their own incompetence. Consequently, the Corinthians became comfortable with where they were and lo and behold they found themselves in the same rut that the Hebrews were in.

So what we have is the Hebrews that are still entangled in bondage despite the fact that Christ had already paid the cost for their freedom and the Corinthians that are struggling with their new identity which results in them practicing sectarianism by pledging allegiance to everyone except Christ Himself. These two groups were separated by a time span of anywhere between 5-15 years yet they still dug themselves into the same hole. What this illustrates to us is that when you get stuck on the ABC’s of salvation and never move away from those elementary principles, the outcome will always be the same, which is a non-progressive, ineffective spiritual life. This is alarming because this not only hurts the body of Christ but it is also to the disadvantage of those that have not yet heard and received the hope of the gospel message. For this reason it is imperative that we move away from unconscious incompetence into conscious incompetence where we realize that we’ve still got a lot to learn, a lot of ground to cover and not a lot of time to do it. Let’s stop thinking that it’s enough to just be a “good person”, thinking that our good works will be enough to save us and realize that God is calling us to a higher standard. Let’s stop pledging allegiance to man and give our loyalty back to God. Let’s pour the milk down the drain and take in the truths that may be a little harder to chew and swallow but will be of benefit to us in the end. In order to become competent and suited for ministry, we need to become rooted and grounded in God’s word because Paul proclaimed that “All scripture is given by inspiration of God, and is profitable for doctrine, for reproof, for correction, for instruction in righteousness, that the man of God may be complete, thoroughly equipped for every good work” (2 Timothy 3:16-17).

4 thoughts on “Isn’t it about time we believers stopped drinking milk?”